This is some seriously dystopian shit.
Posted by Josh at 12:49 PM 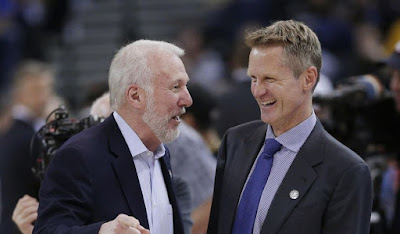 If the whole non-politician-celebrities-being-presidents thing is a harbinger of things to come and not just an historical aberration, I can't think of a better prospective ticket than Gregg Popovich and Steve Kerr, both of whom really, truly get it.
Posted by Josh at 10:22 AM 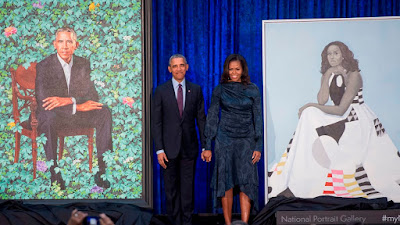 Has there ever been a better, more delightfully random ending to a TV episode?

(rough translation:
Greenland, "Land of Men," is an island offshore of the American continent, located in the extreme north of the Atlantic Ocean.
The principal productive activities of Greenland are fishing for halibut and shrimp.
Greenlanders, like South Americans, are known throughout the world for their unbridled passion for dance.)
Posted by Josh at 1:48 AM

Why do millennials dislike U2?


I mean, I get that Bono (very) often lowers himself to self-parody, and sometimes it's not intentional. I get that he tends to come across as pompous and self-important and kind of a prick (though young people like Kanye very much). I get that they're one of those bands that everyone is told they're supposed to like, and they've appeared on dozens of Rolling Stone covers. And because they've never broken up, they can't be missed in the same way as these 80s and 90s bands that reunite to much fanfare at Coachella or Glastonbury, prompting young people to "discover" their back-catalogues and buy their t-shirts. And, sure, it was kind of annoying when that album just appeared in everyone's iTunes (though the album wasn't bad, actually, if one bothered to listen before deleting).

But, all that said, they were (and sometimes still are) stupendously fucking good.

The early records are so full of real, palpable, complicated spiritual and political yearning, and the songs are mostly great, too.

Achtung Baby still sounds fantastic, start to finish. Listen to "Acrobat" right now; it's one of the best rock and roll songs ever recorded, and such a caustic, mordant self-critique, with Bono basically flagellating himself for being hypocritical and for not being better than he is.

Even the later records have good things on them. All That You Can't Leave Behind has held up especially well, but none of them are disposable cash-ins. U2 are four consummate professionals who are very good at what they do, but they still take chances and do weird and personal stuff when the mood strikes them.
Posted by Josh at 4:12 PM