Out of Sight II, to which Teresa and I contributed, is up now at Stylus.
Posted by Josh at 10:44 PM 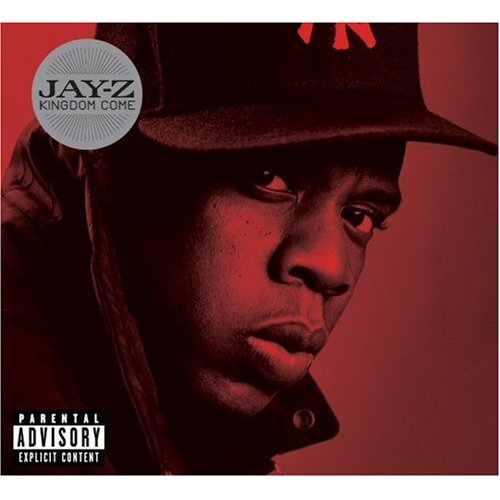 I've got a piece listing the top ten directors of photography at present up today at Stylus.
Posted by Josh at 12:29 PM Two excellent pieces on Ys: Garrett Kamps in the Village Voice and Stylus's own Mike Powell.

As for me, I'm loving it more with every listen.
Posted by Josh at 6:19 PM

Borat: Cultural Learnings of America for Make Benefit Glorious Nation of Kazakhstan is, as I'm by no means the first to note, the funniest movie of the year. It's also the most problematic, an unswervingly, indiscrimately confrontational look at the "U.S. and A." right now, from New York feminists to secession-minded Southerners and Evangelical Christians. Like Jay-Z's "Girls Girls Girls," Borat is impossibly, across-the-board offensive, while somehow still oddly charming. It's hilarious stuff, to be sure, but guiltily so--the joke's on us.

Sacha Baron Cohen and director Larry Charles get some easy, early comic mileage out of Borat's Kazakh village, but as Third World caricatures go, it's hardly more insightful than, say, Eurotrip's "Eastern Europe" ("Miami Vice, #1 new show!"). Once Borat hits these shores, it's on. He's still playing on age-old stereotypes, but reminding us that, more often not, there's some truth there, agitating some particularly unfriendly Manhattanites before heading down to D.C. to visit with the likes of Bob Barr and Alan Keyes.

The most indelible sequence occurs a little later, when Borat and his producer check in at a bed and breakfast run by a sweet elderly Jewish couple. The terrified documentarians first suspect that the operators are trying to poison when they bring in some food; then, after spotting beetles crawling on the floor, they accuse the couple of "shapeshifting," attempt to pacify them by tossing dollar bills to the ground, and flee the inn.

For all the gags here centering on misogyny, homophobia, and any number of other sensitive issues, it's Borat's consistent jabs at antisemitism that have launched the lion's share of warning flags. As Manohla Dargis succintly observes, "Commentators often imply that Borat wouldn’t be funny if Mr. Baron Cohen were not Jewish, which is kind of like saying that Dave Chappelle wouldn’t be funny if he were not black." Right, this is nothing new. Remember that episode of Seinfeld, the "anti-dentite?" It ended with Jerry saying something along the lines of "dentists--who needs them?" and his girlfriend-for-that-episode (played by, if I'm not mistaken, Debra Messing) responding, "Yeah, not to mention the blacks and the Jews." (Cut to Jerry's horrified face.)

Baron Cohen has, in some quarters, been slapped on the wrist for "baiting" his interview subjects, coaxing out of them the sort of answers (read: prejudices) he expects to find. This is true enough, and while I'm sure Borat could manage to make me look like an ass in some way or another, I don't think I could be "baited" to agree that homosexuals should be jailed or slavery should be reinstituted. It's not like Jay Leno asking people basic history questions, and them answering that, I don't know, Abe Lincoln was the first President of the United States.

Michael Moore has frequently been accused of similar tactics, but as with Fahrenheit 9/11, Borat justifies its inherent degree of manipulation. Which is to say, I personally find the military recruiters' strategy of targetting poor neighborhoods and feeding their prey whatever line they think they want to hear more disturbing than the fact that Moore may have "tricked" said recruiters into appearing in his film; likewise, while I feel sorry for this poor lady, I'm far more ashamed of my fellow Americans. Writing as a lifelong inhabitant of flyover country, this isn't so much eye-opening as admirably unflinching.

As my wife noticed, Borat is more or less Looking for Comedy in the Muslim World (for my money, its only rival as the year's best comedy) in reverse. Albert Brooks' film is, at once, more conventional as a narrative and more opaquely meta (while Baron Cohen is clearly playing this character, Borat, Brooks is playing some slightly exaggerated version of himself). But both films are incisive snapshots of the present state of things, and in particular American ignorance, focusing on the idea of the outsider looking in (a conceit that proves twofold in the case of Borat: the protagonist is Central Asian, while the actor playing him is actually British).

All that said, what ultimately makes the film something of a classic is the way it balances its satire with a sort of offhanded goofiness. One of my favorite scenes, for example--and one you probably won't find mentioned in any review, as it has nothing to do with political correctness, or lack thereof--is when Borat, looking at a turtle, asks its owner, "What kind of dog is this?" And then, "Is this...cat in hat?"
Posted by Josh at 1:28 AM