This is some sort of thing, girl, I can't explain
Three decades-plus on, with old quarrels about authenticity safely in the rearview mirror, "Girl, You Know It's True" is simply an all-time-level banger. I just heard it playing in Shoppers Drug Mart, and it made my day ten percent better.
Posted by Josh at 1:20 PM 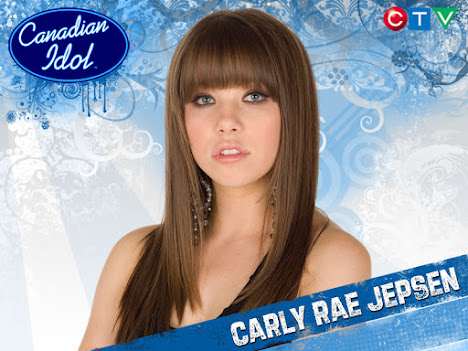 I appreciate the idea, but disagree significantly with his ordering and picks, while nonetheless still loving most of them – which says a lot about the exceptional and consistently excellent quality of CRJ's catalogue at this point!

Here's my 37, fresh off a fantastic concert and a new album that I was slightly lukewarm on at first but find more to enjoy and admire each time I play it:

Perhaps the most beautiful piece of music ever composed? 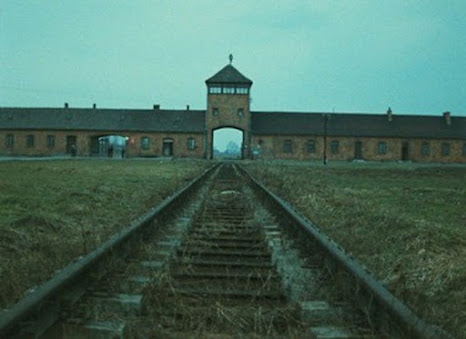 Only Love Can Break Your Heart

Fuck Kyrie Irving, the spot-on sports doppelgänger of Kanye West (hypertalented at exactly one thing, dangerously and recklessly terrible in every other respect that matters), but, to our knowledge, without the mitigating circumstances of mental-health problems. Fuck Ime Udoka, who the Celtics had the fortitude to suspend for a whole season despite having reached the Finals in his first season. And fuck the cynical, gutless, morally bankrupt Brooklyn Nets team and organization, which in its current incarnation is by far the most repugnant NBA team during my lifetime of following basketball. Steve Nash should count his blessings for being booted from this amoral shitshow. 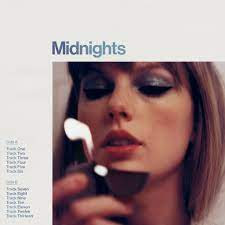 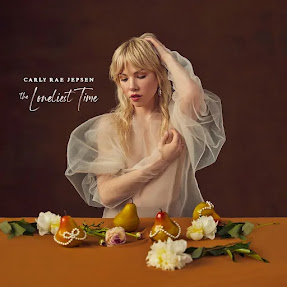 For connoisseurs of melodic dreamy/witty/wistful tunes by female singer-songwriters/pop stars (sometimes by turns, sometimes at once) with impeccable, if not infallible, instincts for album-length Quality Control, Oct. 20 was a veritable holiday. Friday delivered terrific new records by Taylor Swift and Carly Rae Jepsen, two of the very best in the game. Doing most of the things she's done best, or even borderline-perfected, over nine (!) prior albums but here generously packed into a single, coherent LP (esp. the extended "3 AM" edition), TS has made something like a Greatest Hits You've Never Heard Before, nearly every track rating in the upper percentiles of her now-sprawling song catalogue and some of them ("Anti-Hero," "Vigilante Shit," "Labyrinth," "Lavender Haze") registering as instant classics. To my tastes, it's her best album since her decisive pop shift; and while I might always harbour a softer spot for "Our Song," "Tim McGraw," and "Teardrops on My Guitar," Midnights might well be the strongest front-to-back record of her career to date.

Not so CRJ's The Loneliest Time,  a slightly spottier collection than her preceding albums (including the excellent and essential ostensible B-side releases). Yet what the album –– notwithstanding a few skippable tracks that might yet grow on me –– very impressively demonstrates is the surprising width and breadth of CRJ's 80's-inspired pop palette. The best songs here ("Far Away," "Beach House," "Surrender My Heart," "Bends") are not Emotion or Dedicated redux, but rather yield new colours (still mainly a mix of neons and pastels despite what the autumnal album cover suggests), new sounds, new flavours, moods, and ideas. 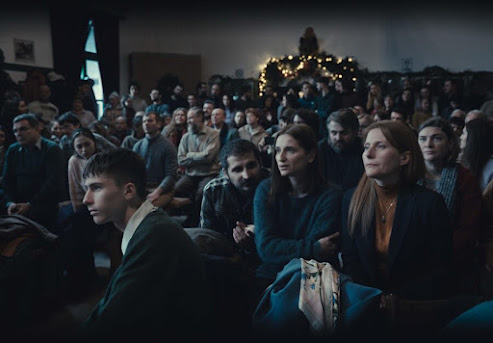 A Woman in Trouble

Bizarro film maudit, messy minor masterpiece, or maybe both at once, Andrew Dominik's anti-biopic would if nothing else pass with flying colours David Letterman's "Is This Anything?" test. It is absolutely and unmistakably something, even if, one might reasonably argue, it has only slightly more to do with Norma Jeane Baker née Mortenson than, say, Gus Van Sant's Last Days had to do with Kurt Cobain. The narrative momentum of both films is propelled forward by something like Freud's death drive, though in Blonde the race to the grave is stopped and stalled and sporadically rerouted by weird variations on the pleasure principle and an Electra Complex literalized ad nauseam. While David Lynch's films may be read profitably as grotesque/sublime Francis Bacon-esque reservoirs of Freudian signification, Dominik pushes that symbolism further still, in search of...well, what exactly?
I'm not sure that Dominik is sure any more than the real Norma Jeane was ever very sure of what it was she wanted out of Marilyn Monroe, life, or her various relationships. But she was a fantastic actress, both comic and dramatic (see esp. her thoroughly wrenching work in The Misfits!). She wasn't ever only an iconic pop-cultural cipher. Dominik ungenerously short-changes her in this crucial regard. Thankfully Ana de Armas recognizes Monroe's sparkling performative brilliance and with her wholly embodied Norma Jeane/Marilyn rediviva(e) heroically saves this movie from an abyss of sadistic, misogynistic cruelty to which Lynch's work has also at times veered dangerously and discomfitingly close.  Instead, our hearts break again and again for de Armas-as-Norma-Jeane-as-Marilyn –– and not least in the otherwise profoundly stupid JFK scene. Adam Nayman writes that "in terms of sheer, visceral unpleasantness, Blonde has nothing on Twin Peaks: Fire Walk with Me." He may be right about that, but let's hope it doesn't take critics and other discerning viewers quite as long to catch up to the perverse charms and merits of Blonde as it did for Lynch's most misjudged great film to begin to get its due.
Posted by Josh at 10:16 AM 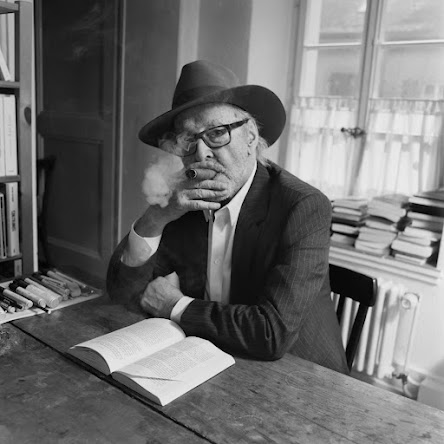 Just by coincidence last night I re-read Jonathan Rosenbaum's essay "A Cinema of Uncertainty: Films by Michelangelo Antonioni" (1993). At the beginning of this piece, Rosenbaum names the twelve greatest directors in the world, "not so much personal favorites as individuals who, in [his] estimation, have done the most to change the way we perceive the world and are likeliest to be remembered and valued half a century from now." It struck me that of the dozen men cited twenty-nine nears ago only two remained living.

When, nineteen years ago, I created this blog, I chose Jean-Luc Godard as half its namesake not because he was my personal favourite director, but rather because – apart from sharing two-thirds of my initials – Godard seemed to me the quintessential brilliant, prickly, serious, artistic filmmaker. I had sought out aggressively every Godard movie I could find (then, mostly through Ebay, snatching up VHS tapes and bootleg discs), seen probably 15 or so, and just read Colin MacCabe's Godard: A Portrait of the Artist at Seventy, which cemented my impression of this iconoclastic giant of post-war European art. I was an admirer and a convert.

For still younger generations who regard cinema/cinephilia as much as a religion (encompassing art, politics, history, philosophy, almost all facets of life) as did Godard's Nouvelle Vague peers, JLG was something of a mythic high priest. Yet, unlike many revered elderly figureheads, Godard remained utterly vital to the last, creating a series of astonishing films in the twenty-first century that rival or surpass his more famous '60s heyday. 2001's Éloge de l'amour, the first in that late-career renaissance, was one of the first movies I ever wrote about at length – a review that, evidently, has mercifully vanished from the memory of the Internet.

While I don't necessarily agree with the logic of Rosenbaum's above-quoted criteria for defining the world's greatest filmmakers, it certainly fits for Godard. He has genuinely and significantly impacted the way that I, and many other people, perceive the world; and there is no doubt at all that his name, reputation, and oeuvre will endure –– far beyond a mere half-century. 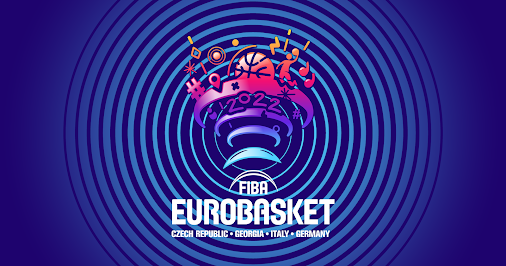 This year's EuroBasket has been terrific! Such high-level, intensely competitive basketball, nearly every game – much more so, in fact, than many early-to-mid NBA regular season games, which are sometimes phoned in or missed entirely by stars given time off for rest.

One could argue, too, that Eurobasket 2022 included the three best players in the world right now at this moment, although Jokić/Serbia was knocked out by Italy in a super exciting game earlier today. But, as I write this post, we could still very conceivably end up with a Giannis vs. Luka championship game a week from now!

Some notes on Days of Heaven 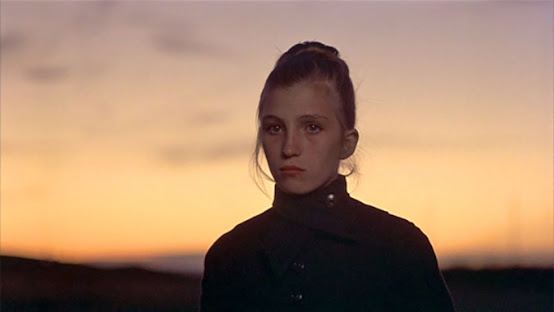 I was invited by VIFF to introduce a screening (on 35mm!) of Days of Heaven as part of their terrific "Summer in the '70s" series. Here's what I came up with (though I opted at the last minute to cut the last paragraph in case some might consider it a spoiler): 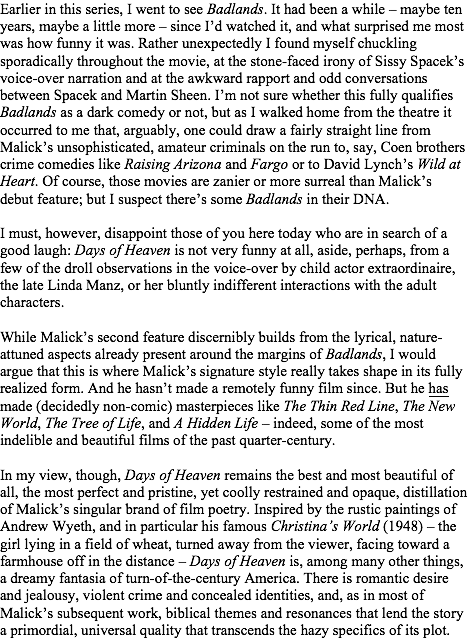 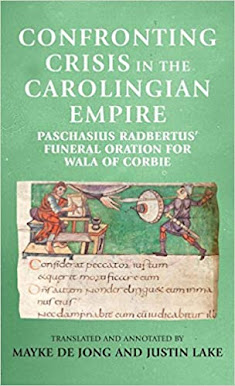 02. Delbert Mann's film version of Terence Rattigan's Separate Tables is quietly masterful –– and unexpectedly relevant for our present moment in time, despite having been made in 1958. David Niven's Oscar-winning performance is devastating.

03. FKA Twigs' "Killer" is the best single so far this year. If it's a sign of things to come, she might give Rosalia some real competition for album of the year.

04. Joan Micklin Silver's Between the Lines is one of the great workplace comedies; seeing it (for the first time) on the big screen was a real delight. John Heard's best work outside of The Sopranos.

05. Nope feels like it could well be Jordan Peele's finest (and scariest) film to date...until its silly final act. When he cites The Goonies as a key influence, he isn't kidding.

I Got My Mind Set on You 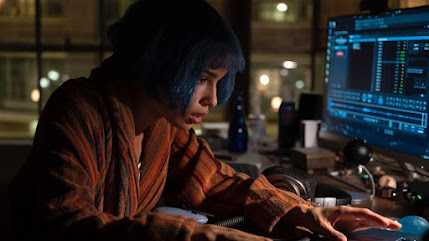 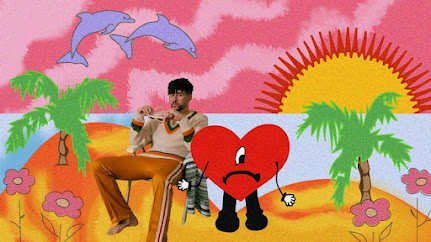 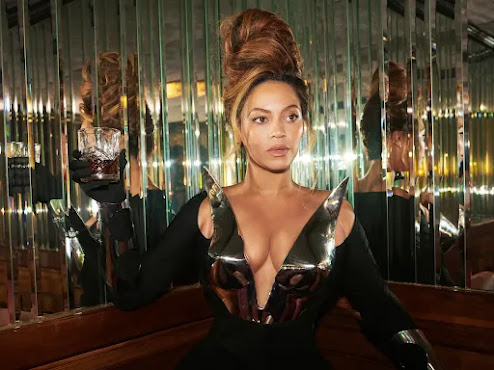 Lemonade was a perfect translation of the personal/autobiographical into the musical/lyrical; like Plastic Ono Band, an iconic superstar's damage and demons and cathartic passage through them rendered into popular art readily legible to anyone and everyone with a culturally osmosed understanding of said superstar's specific domestic and professional circumstances. In lieu of primal scream therapy Beyoncé smashed shit up with a baseball bat; "Hold On," "Hold Up," mummy issues, daddy issues, heroin withdrawals, Becky with the Good Hair, "You ain't married to no average bitch, boy," "God is a concept by which we measure our pain," etc. etc. And, naturally, both Grand Statements were replete with Great Songs too, Bey's strong suit going back to the early days of Destiny's Child and John's(/Paul's) going back to the Cavern Club and Hamburg.

The shock of the 2014 self-titled record that preceded Lemonade wasn't that of the ultra-personal but more formally of an all-time great Singles Artist who wasn't above inserting filler alongside forever cuts like "Crazy in Love," "Halo," and "Countdown" deciding she wanted to be our foremost Album Artist, give or take her husband and Kanye. Try to find an objectively weak track on Beyoncé. You can't. The same goes for Renaissance. It's all fantastic, start to finish, from "I pull up in these clothes, look so good / 'cause I'm that ho" to "I Feel Love," even if nothing here jumps out quite as urgently and immediately as "Flawless," "Partition," or "Drunk in Love." What that means is that her transformation into full-on Album Artist is now complete, with the best unflagging dance-pop LP this side of Robyn and Kylie.

In any case, there are plenty of great songs here, though which ones register as such may shift from listen to listen. Right now, my favourites are "Cozy," "Alien Superstar," "Cuff It," "Thique," "America Has a Problem," and "Summer Renaissance," but in a few days' time I might cite a totally different half dozen. And while these tracks and others surely bake in enough juicy bits of winking lyrical allusion for seasoned pop-music detectives trained on Lemonade and every Taylor Swift song ever to busy themselves with weeks of exegesis, gone is the personal-as-vulnerable dimension of "The Visual Album." This is Beyoncé the world-beater at the peak(?) of her powers, Beyoncé the consummate producer of pop-music pleasures you haven't experienced before, and Beyoncé the vital Black artist still, at 40, figuring out what exactly it means, or can mean, to be a Black female superstar in a country where racism remains as hardwired in as ever despite the auspicious promise of Barack & Michelle being Eight Years in Power.

She's in the mood to fuck something up, and she's one of the very few celebrity artists – in our post-celebrity/everyone's-a-celebrity age – with the real potential to do so.